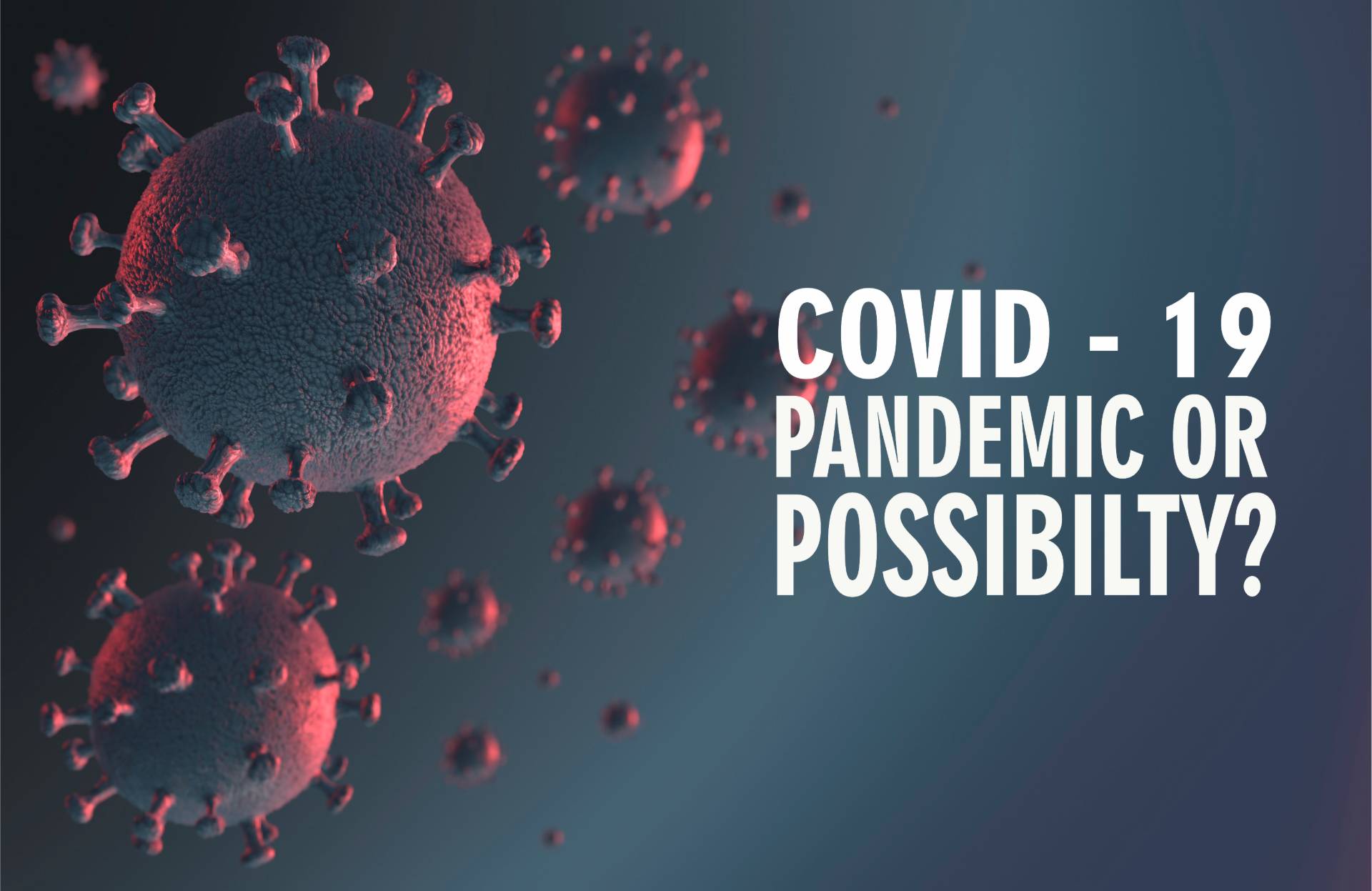 COVID-19, or coronavirus, is an epidemic that has put the entire world under lockdown; shaking the foundations of the global economy and bringing down with it, people’s livelihoods. However, what the virus also brought was a tsunami of change. While this pandemic is something to be feared in terms of a health, economics and society, this change also brings an inherent, albeit unexpected, opportunity for those who are daring to ride the new waves.

As a consultant working with real estate developers whose focus is to build on the attainable housing model in the state of Texas, I am recommending that folks lean into the COVID Storm by adapting to the new environment and taking advantage of any unforeseen opportunities. While some see nothing but headwinds from the storm, I see these winds as a potential lift into the future and beyond.

In its simplest form, the “Attainable Housing” model is the use of econometric data that analyzes over 30 open-source data sets in which to determine the exact census tract for a multifamily product. Through lower land prices, prefabricated construction methods, the temporary reduction in producer price index components and the near-record low interest rates, a developer can construct a high-end, Class-A multi-family product, yet places its product in a middle-class America Census tract, and can therefore thrive and profit on middle-class rental rates due to its reduced overall costs.

Infamous bank robber Willie Sutton was once asked by a reporter “why do you rob banks?” His reply, of course, was “that is where the money is.” In a similar fashion, the attainable housing model places its high end, lower rental rate model into the census tract that has the precise average household income, educational attainment, employment rate, growth trends, demographics, etc., and to place the product in the largest universe of renters possible … middle-class America. Some economists suggest that middle-class America, based on average household income and other data points, represents nearly 60% of all Americans. And, as a result of the current economic issues associated with COVID-19, there is little doubt that middle-class America just got a little bit larger.

The largest single asset purchase that most Americans will ever make, is their home. However, due to the recent stock market decline of roughly 30% due to COVID -19, the average 401k value has dropped by 19%, causing heavy financial damage to people’s retirement as well as a potential source of equity for their home purchase. Although there has been a bit of a rebound in May and June, the consumer confidence has been shaken and many people have decided to sit on the sidelines instead of going out and making that large investment in buying or building a new home.

Furthermore, the headlines are riddled with the announcement of company closures, bankruptcies, jobs being furloughed, people being laid off and, in short, people losing their ability to qualify and pay for a new mortgage. It is hopeful that this growth in unemployment is merely a temporary situation, yet all of this has shaken the consumer confidence and the ability for people to invest in and purchase their new home.

According to the president of Cleveland-based TSL Consulting, Tom Malfa says that he forecasts that “home prices will drop 20% to 30% over the course of this calendar year.” It is uncertain as to whether or not that drop in home prices will actually occur, however, the demand curve will obviously be blunted due to the lack of liquidity brought on by the stock market drop, combined with the chilling effect of the drop in the Consumer Confidence.

“Already, experts are seeing slowdowns in home showings — which are now largely done virtually — and expect that permits for new construction might also drop.” Quotes similar to these are being written every day in dozens of articles nationwide … this one attributed to The Texas Tribune. Unemployment is high in every part of the globe. The massive loss of employers leads to the closure of many businesses. Another example, the Innovation Map, explains, “The analysis, published April 2nd, indicates business closures in Harris County — which represents two-thirds of the region’s population — have caused a 27 percent drop in the county’s daily economic output.” The senior vice president of research at the Greater Houston Partnership Patrick Jankowski, “anticipates the Houston area tallying job losses of at least 200,000.”

However, this does not mean that people are unable to work, as most essential retailers such as Walmart are still hiring and offering jobs to middle-class America. Walmart recently committed to hiring more than 150,000 new associates by the end of May. Since then, Walmart has had over 1 million applicants, hiring an average of 5,000 people per day. In addition, according to industry relationships and friends, they have seen little to no decrease in work demand and pricing in licensed professionals (architects, engineers, surveyors, etc.) in the past quarter, and hardly any drop for Skilled Trade Workers (electrical, plumbing, HVAC, etc.).

Although the most recent macro data is encouraging in that it shows that supported by lower interest rates, mortgage applications for house purchases have surged and are now running above their pre-virus rate and up by 2.7% year-over-year in May, it does, however, reflect that those home purchases are concentrated among older, wealthier individuals, who are less likely to have been laid off in recent weeks and who are more likely to have accumulated a pot of savings during the lockdowns. Consequently, such a “V” shaped recovery is unlikely to be replicated across the entire economy.

And with physical distancing likely to be required for the foreseeable future, there are still some industries that will simply not recover providing credibility to the idea that the residential housing market will stage only a partial recovery this year.

The universe and size of the ‘renter pool’ is growing due to the void in home purchases, lack of liquidity, unemployment trends and the consumer confidence has chilled the enthusiasm of people wanting to rush out and make an investment in a home. Consequently, the psychographic impact of the current environment is forcing people to continue to rent.

The Pew Research Center defines middle–class or middle–income households as those with incomes that are two-thirds to double the 2018 U.S. median household income of $63,179 (per the Federal reserve of St. Louis). According to this formula, Pew would determine that middle–class Americans have median household incomes ranging from approximately $41,698 to $126,358. As a result of the lower average household income, due primarily to an increase in unemployment and first-time recipients of federal assistance, “middle class” America just got a little bit larger due to COVID-19.

However, in terms of construction, the largest single two line-items of a real estate development generally are the “Hard” Construction Costs and Interest Expense. Looking around, it is apparent that goods such as gasoline, cars, entertainment, hotels, cruises and airline tickets have become cheaper. This is also true for material goods, or “hard” construction costs. According to the Markets Insider, there are visible drops in prices for wood, metals, and oil and natural gas.

What this means for those in construction and manufacturing, the cost of raw materials is significantly cheaper, thereby resulting in a better opportunity for those who wish to develop and build assets like multifamily housing. According to an article from PNC Insights, “Overall, the cost of materials used to build multifamily housing had been expected to rise somewhat more than the rate of inflation overall in 2020, after rising just 0.7% in 2019, according to the ACG’s analysis of the Producer Price Indexes kept by the Bureau of the Labor Statistics. That’s a slight rise compared to the 4.2% increase in 2018, as investors and contractors worried about a series of ongoing disputes between the United States and its largest trading partners.” However, this rise has not materialized.

From an interest rate standpoint, COVID-19 brought an extraordinary amount of uncertainty and considerable risk to the economy, according to the minutes of the Federal Open Market Committee (FOMC). Interest rates will be kept near zero until a recovery is firmly in place and the Federal Reserve is committed to using a full range of tools to support the US economy. Fed officials also noted on April 29th that a second wave of the coronavirus outbreak with another round of strict restrictions could drag the US economy deeper into recession prompting a jump in unemployment and renewed downward pressure on inflation. Consequently, the Fed left the target range for its federal funds’ rate unchanged at 0-0.25 per cent on April 29th.

So, what does all of this mean?

At a point in time when many people are sitting on the sidelines and wondering what to do, my recommendation is to take a contrarian view and lean into this storm. I believe that renter demand for attainable housing has and will continue to grow for the foreseeable future. Additionally, if you use an econometric model to make data-driven decisions as to precisely where we look to place the rental supply, god things can happen. These micro and macro data points are more important now than ever because without even knowing it, they have helped protect us against unforeseen volatilities in the economy, such the black swan event we witnessed in Covid-19.”

As a result of the producer price index reductions in the ‘hard construction costs,’ the general contractor community is expecting a 2% to 5% savings if you lock in your prices now. Furthermore, my financial advisors such as Jones Lang LaSalle (JLL) are encouraging people to take advantage of the bulging capital markets that are in need of placing debt capital at highly attractive rates.

Yes, each and every one of us has witnessed an overall change in how people live, work and even socialize as a result of COVID-19. The decrease in employment, captivity resulting from a forced “shelter-in-place” mandates, a downward pressure in the stock market and reduced wealth have all had an adverse impact on consumer confidence. But I see this present situation as a buying … no, a “building” opportunity.

In short, you should use these headwinds as lift to rise above the issues and drop its shoulder and push through with its strategic plan for growth. And if ever asked in the future why you chose a specific location in which to develop a multifamily development, you can respond by saying … “that is where the tenants are.” 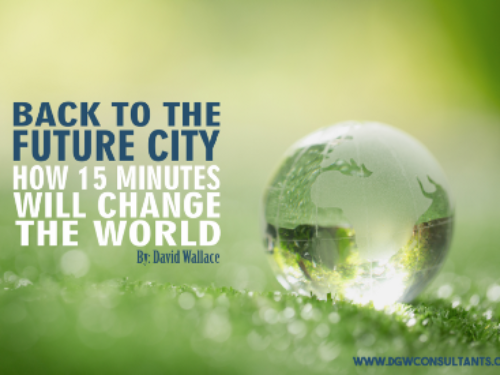 Back to The Future City: How 15-Minutes Will Change the World 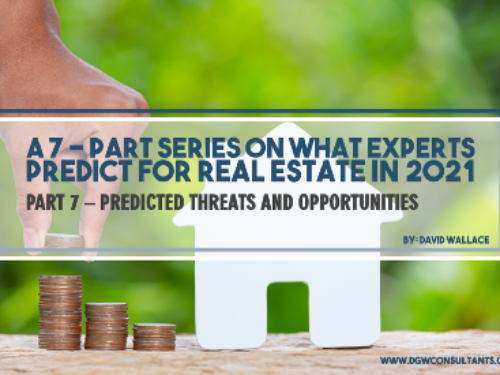 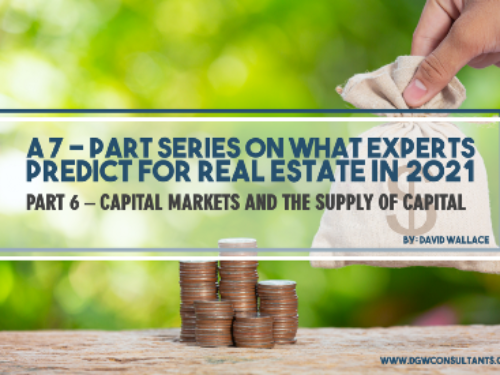